70-72 million years ago the climate in southern Alberta and Saskatchewan was the same as in today’s Louisiana, USA: warm, humid and lush green all year round. See blog post New Orleans. A large inland lake stretched from the Gulf of Mexico to the Artic Ocean. Dinosaurs, reptiles and mammals cavorted along its banks and tributaries.

At that time, a large herd of Centrosaurians moved through the area in search of green plants. Something must have scared them. They stormed blindly like a herd of buffalo. Until the first ones noticed that they came across a torrential river, they were literally rolled over by the following animals. Hundreds of centrosaurians drowned in the floods. They drifted downstream, where they were washed ashore dead. There, meat-eating dinosaurs, such as the Albertosaurus, rejoiced. They attacked the carcasses, tore out large pieces of meat and trampled on the bones. A huge battlefield. During the next rainy season the water took the scattered bones with it, transported them downstream and buried them in the sand of the riverbed. Millions of years later they reappeared. . .

One after the other

During the last ice age about 12,000 – 20,000 years ago, the landscape still covered a 1 kilometre thick layer of ice. As the glaciers broke and melted, they formed long lakes and raging rivers. They dug themselves deep into the rock and created canyons into the vastness of the surrounding prairie. Today, cows stand on pasture land that breaks off vertically and reveals a view into a completely unexpected world: A world of grotesquely weathered stone columns, colorfully layered stone hills and vast amounts of fossils.

In 1955 the Dinosaur Provincial Park was founded. It protects one of the richest fossil dinosaur areas in the world.

In 1979 the Badlands were included in the UNESCO World Heritage List because of their unique landscape and scientific treasures. 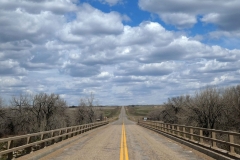 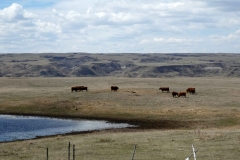 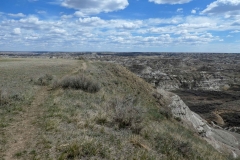 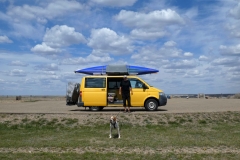 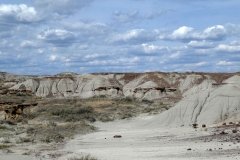 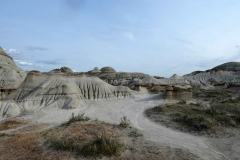 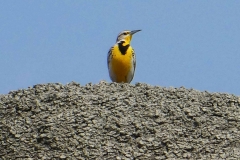 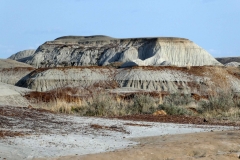 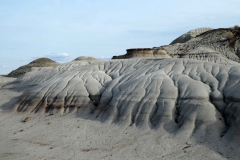 The first people who noticed the huge pieces of bone were the Indians called Blackfoots. They took them for „the bones of the great grandfather of all buffalos“ and were worshipped accordingly. The smaller bones „ the magic buffalo stones” were added to Indian medicine or used in ceremonies.

At the beginning of the 20th century, the Red Deer Valley magically attracted fossil seekers. Who’s surprised? The Centrosaurus bone camp, for example, has an area the size of a football field with up to 111 bones per square meter (!). „If you throw your hat in the air and it lands no more than five feet from a dinosaur bone, . . . you’re not in Dinosaur Provincial Park,” was the enthusiastic reputation of an anonymous bone hunter.

The grass steppe Indians thought the mysterious stone columns were sleeping giants keeping watch. In the night, however, they come to life and by chance slip into the head of a person sleeping nearby by chance. . .

Hoodoos occur when the wind has removed the soft sandstone and meets a harder rock layer. The stone protects the sandstone like a hat while the erosion continues to progress all around. If, however, the hat slips, the column will soon be over. . . . 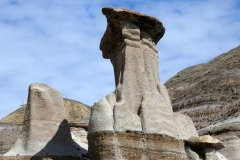 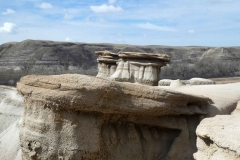 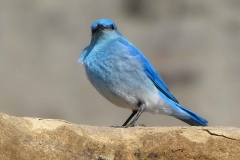 In 1860 John Palliser, an explorer in the service of the British government, described the landscape: „ . . with the character of a semi-desert which is not expected to be ever inhabited by settlers.“
How he thought wrong! Today a large part of the Great Plains is used for agriculture and has become a real granary: Wheat, corn, oats, barley and rye are grown on a large scale. The area is also used intensively for livestock farming. 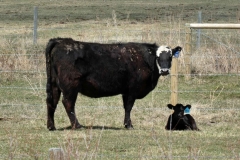 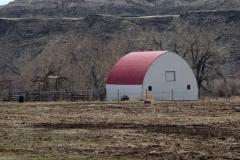 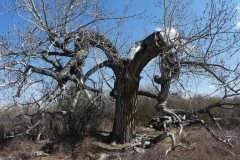 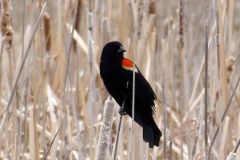 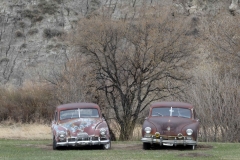 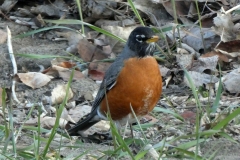 Badlands or Goodlands? That’s for everyone to decide. We find it fascinating…