We meet them everywhere: the traces of German settlers. On our journey through North America we drove past Berlin, Hamburg, Ulm, Heidelberg and Freiburg – all cities in the USA. Sometimes we sent photos of the city names to our friends at home.
But “Don’t fress”? What was that? That could be German. Or English?

After we delivered Wendy to the airport in Halifax, Berni, Johnny and I treat ourselves to a few days holiday by the sea before we go home. The post bus has to be cleaned and some things can be sorted out. But we want to end our long journey calmly. We drive out comfortably on side roads every bay. Again and again small fishing villages like Peggy’s Cove invite us to stay. 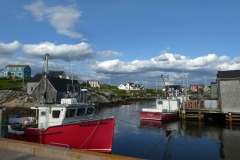 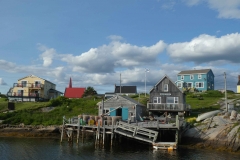 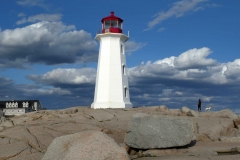 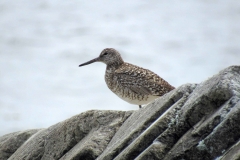 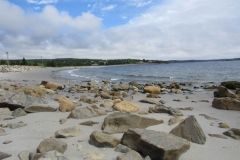 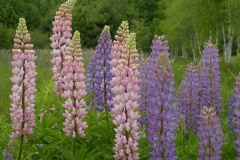 In 1753 -1453- Germans, Swiss and French came to the Halifax region to settle down. The strictly believing Germans stayed among themselves and started to found a settlement: today’s Lunenburg – only – they came from very different places in Germany…! How could they agree on this name? Not at all.

It was George II, King of England. The British founded Halifax in 1749, only 4 years earlier, and the area was under British rule. An English king chooses a German name? Probably not.

Well, this English king comes from the House of Hanover. He was the German elector of Braunschweig-Lüneburg and namesake for the only German-speaking settlement in Nova Scotia. Sounds logical.

From Lüneburg became in the course of the time -Lunenburg-. From “Fress nicht so” became “Don’t fress!”, from “Rutsch nicht auf dem Stuhl hin und her” became “Stop your rutchin’ around!” and some more…

The German settlers did a great job. The city grew and flourished. Business and manor houses were built, which are still very well preserved today. One could almost speak of German workmanship… In 1995 the old town of Lunenburg with its unusual wooden architecture was placed under UNESCO protection. 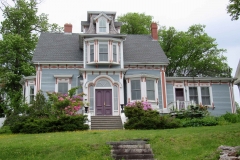 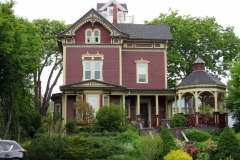 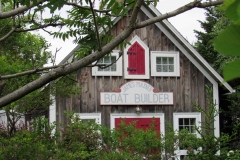 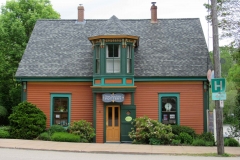 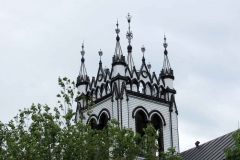 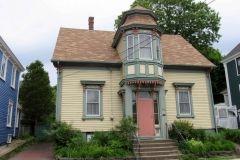 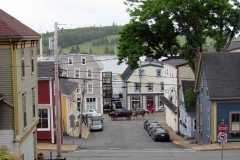 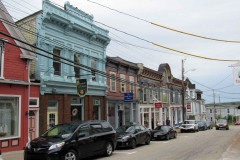 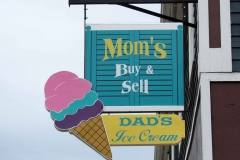 Maybe it’ll happen to us, too. After such a long time on the road in an english speaking room. And there are sentences like “Ich gehe mal zu einer bakery …” or “Wieviel dollars kostet das?”. When we talk about Walmat, of course we mean -Aldi-.
Please be patient. That will be all right again.